Canadian Made! I've had these speakers in my personal collection for a few years and everyone who've heard them loved them. They have a sound that is quite remarkable for what they are, it is most likely the design of the box and the aluminum 10" rear firing woofer that is the magic. The mid driver (Cambridge) and tweeters (Vifa) are fairly common. You can actually buy or upgrade the tweeters with newer ones.

History:
Now, this is all based on memory as I cannot find the websites that I used to have. But, if I recall correctly, the mid drivers and the aluminum woofers were made in Canada: Cambridge, Ontario to be exact. While I have not seen a lot of aluminum woofers outside Japan (Hitachi had quite a few speakers that had aluminum woofers) and Bozak (Go MB-80s!), Axioms is still making drivers from this cool material. https://www.axiomaudio.com/

These Axioms were from the mid 1980s. By today's standards they're not that pretty being all boxy and such and I found them quite difficult to photograph as, again, they're not that pretty. But, the real blond oak does look real nice and I wish I had better light to really show them off. But, nonetheless, they are great sounding pairs of speakers.

There were several renditions of the AX-5, and I think these are the second version. They are 3-way with a 10" rear firing woofer, 5" mid and 1" soft dome tweeter. They also have a switchable crossover for those looking to bi-wire their gear.

These are some of the nicest 3-way speakers I've heard, at least a 3-way with a 10" woofer. So, that is saying a lot. They have tremendous bass and with the right amplifier and source, these speakers can produce extremely articulate and detailed bass. They may not go down as low as a separate subwoofer but, they are really pleasing to the ears. Very musical. I still remember when I was playing Dave Brubeck's Take Five, when the drums come in I heard these subtle detail notes that I never heard before.

Keep in mind, when you are on the hunt, there seems to be quite of few renditions of the AX-5. I do think the last generation before it disappeared from the world was the nicest looking of the bunch. 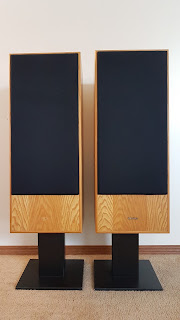 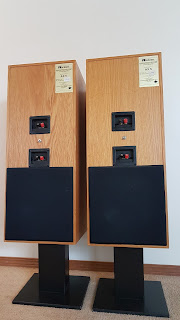 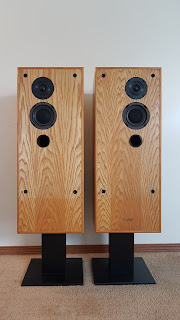 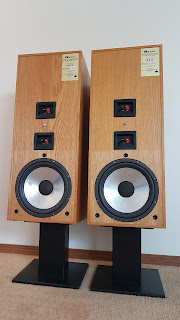 Posted by Audioless Winnipeg Group at 22:01

Here is an unusual turntable. I've seen and read a lot of turntables before but, I never thought I get to see one of these Hitachi turntables in the flesh. Why is it unusual? Well, how the bearing is designed.

By looks, it doesn't look all that different from any other Hitachi or CEC turntables out there on the current or past market and by most assumptions you are absolutely correct. What we have here is the typical well made Japanese turntable of the early 1970s. It has a very nicely sized AC motor, a die-cast aluminum base that is set in a nice real wood veneer plinth, a good sized platter and a fairly good tone arm.

Other than that, this Hitachi is quite typical. It is a pure manual, 2-speed, belt driven table. But, it is well made.

When I was browsing through the manual it seemed to prefer higher tracking cartridges. So, I would assume it's more on the medium mass to higher mass tone arms. It came with a Shure M95ED so, I just ended up getting a Jico replacement. It sounds and track nicely as it should.

It is a cool table, that's for sure! 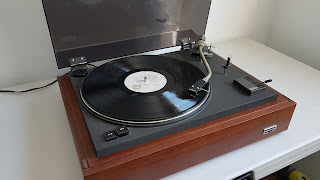 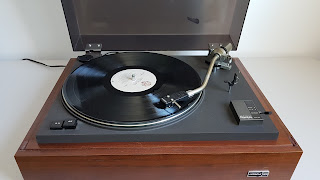 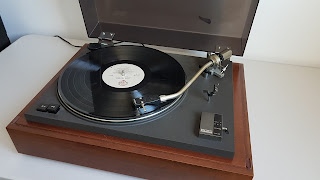 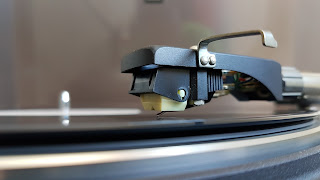 Posted by Audioless Winnipeg Group at 21:57