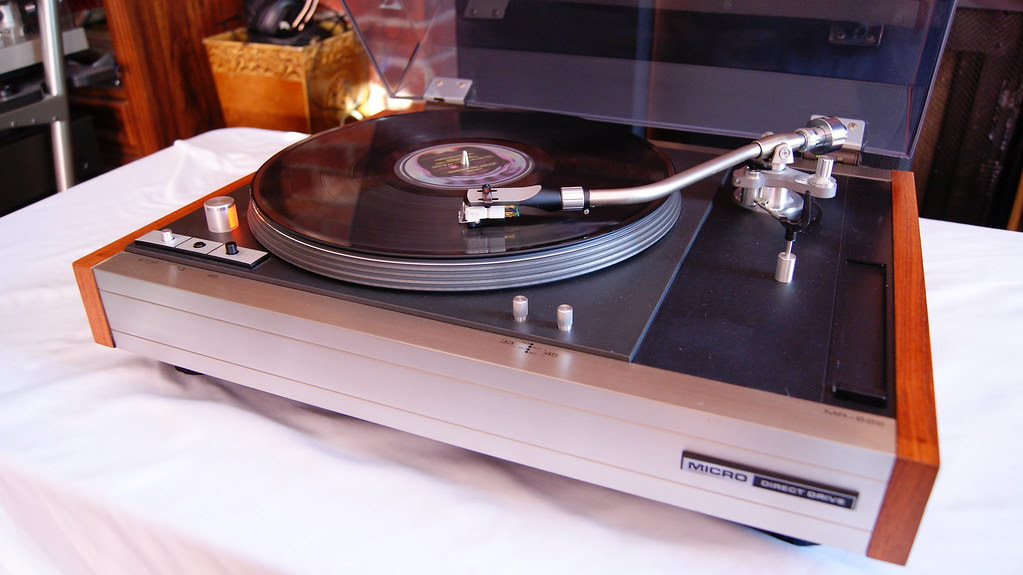 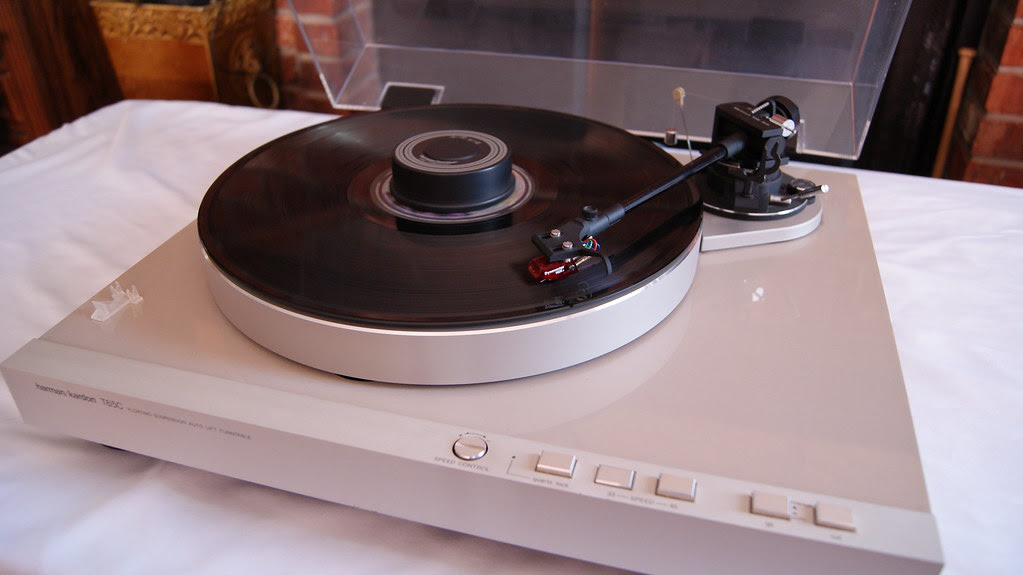 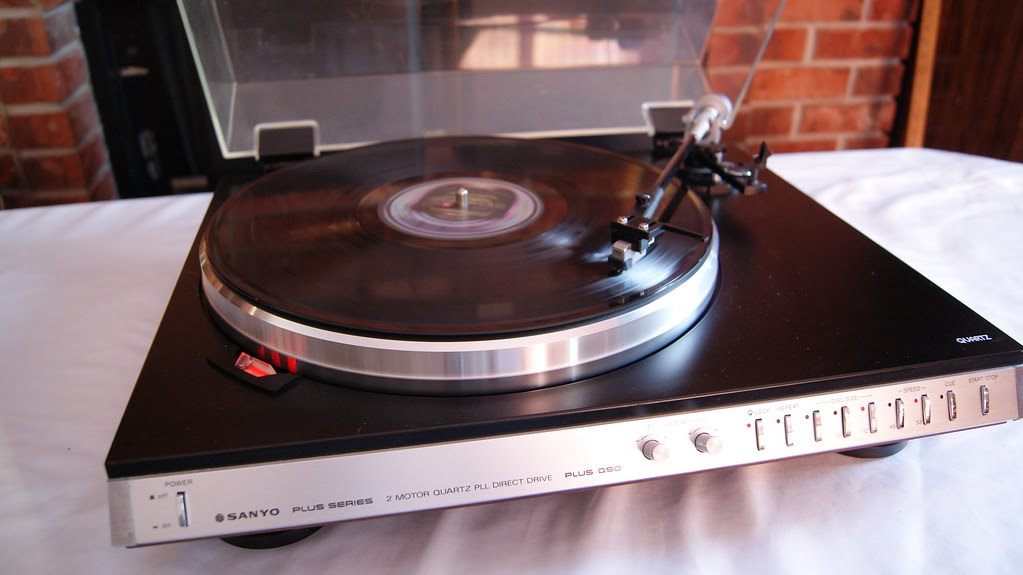 Posted by Audioless Winnipeg Group at 12:44

This is a beast of a turntable, well engineered and again a mechanical beast.  When I got it, nothing was working right, arm dropped to quickly and none of the automation worked!  Sometimes fully automatic turntables can be a pain to work on, especially later on when the automation gets taken over by electrical components i.e. more I.C. than mechanical.  Luckly, this was mechanical.

Once opened, I was immediately stunned by the mechanics.  It was extremely well made, good sized motor, really beefy, very nice tonearm and a nice sized transformer.  The manufacturer put some effort into this turntable.  However, it reminded me of idler wheels, and I dislike working on idler wheels as they are mechanical nightmares.  Gladly, this wasn't as bad.

After a couple hours of servicing the beast was alive and running!

The cartridge is a rebadged Audio Technica AT-11E and at one point was one of my favorite cartridges as you could buy a high quality stylus, an ATN-12S, for a reasonable amount of money to take this entry level cartridge to the next level.  However, the current new stylus is not an ATN-12S, but rather an ATN-11E.  So, it does sound different.  But, still it is a very nice entry level elliptical cartridge.

This is a direct drive, fully automatic turntable with repeat option.  Some say C.E.C. made this turntable, and some think Micro Seiki made this turntable.  I'm not too sure who made it, though I might lean towards C.E.C. due to the arm looks quite similar to some of the C.E.C. turntable I've seen, but that's all speculation.  Regardless who made this turntable this is a little gem.  It holds speed, plays well and sounds pretty nice!  It's your typical well engineered Japanese made turntable.

Overall, it's in great shape, dust cover has the usual wear and could use a polishing, but no cracks or chips.  Also have metal hinges which are nice as they can last the test of time, unlike those plastic ones!

It will come with 2 stylus as I have one NOS and the other is generic, didn't realize there were so many to choose from. 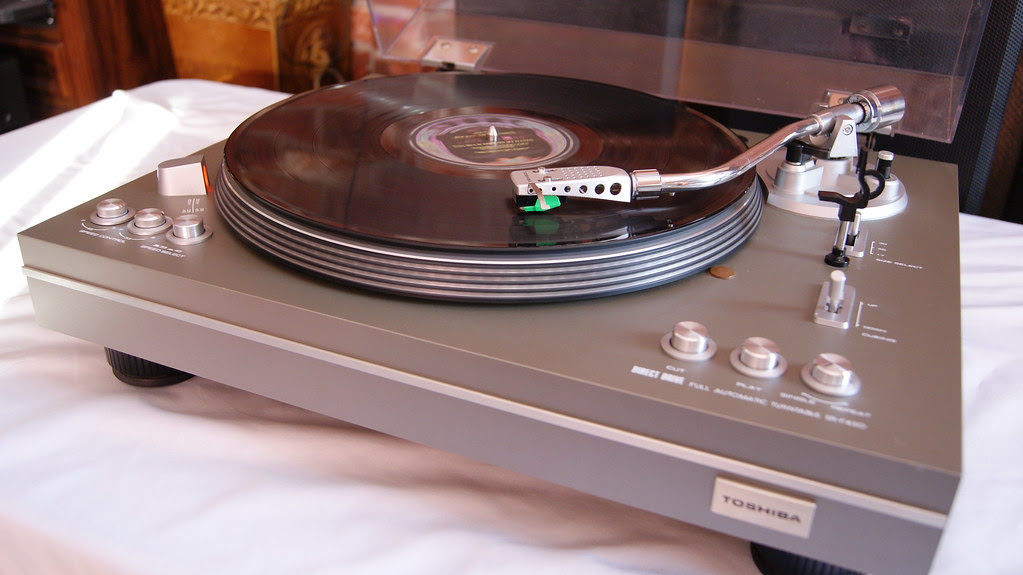 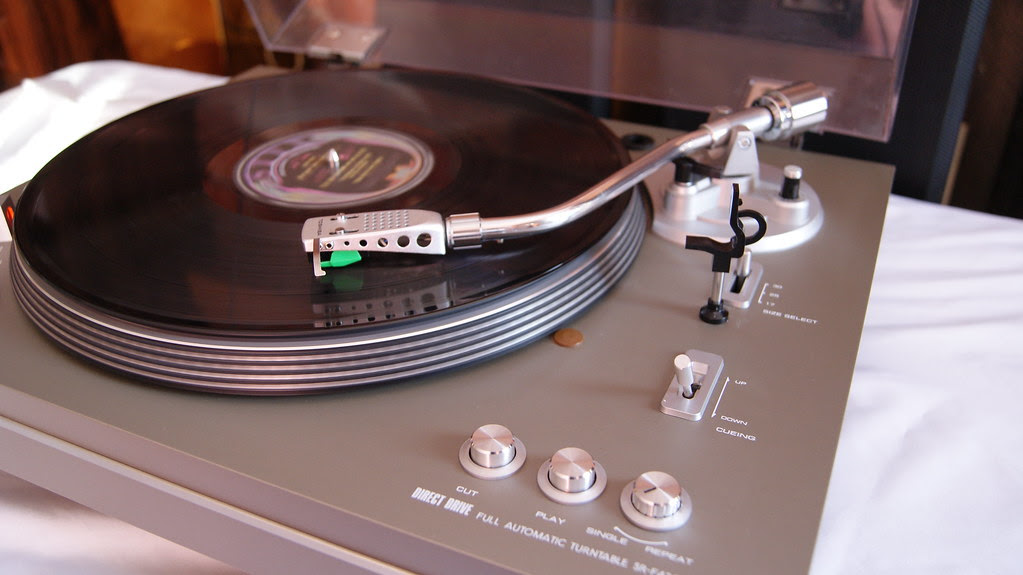 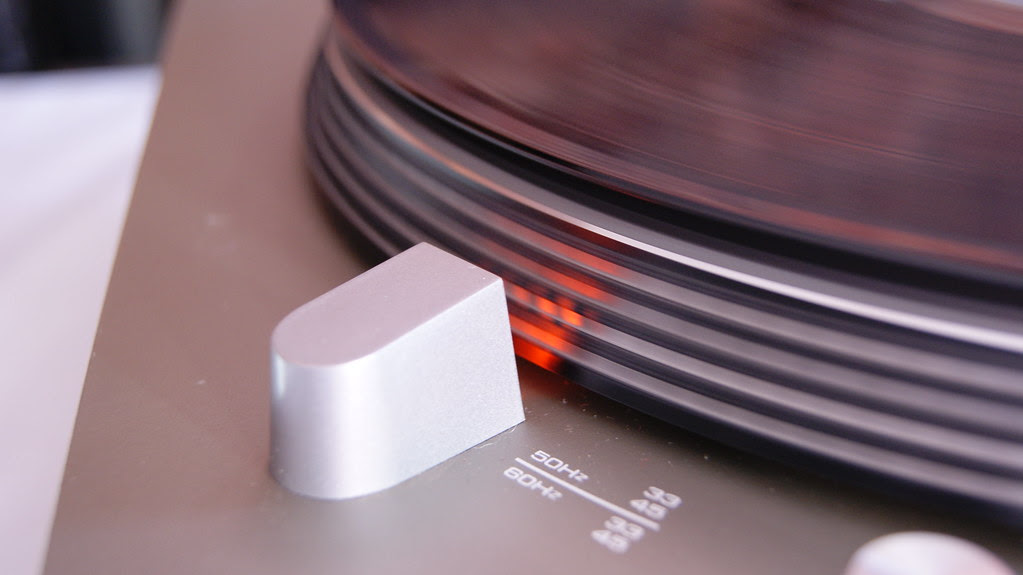 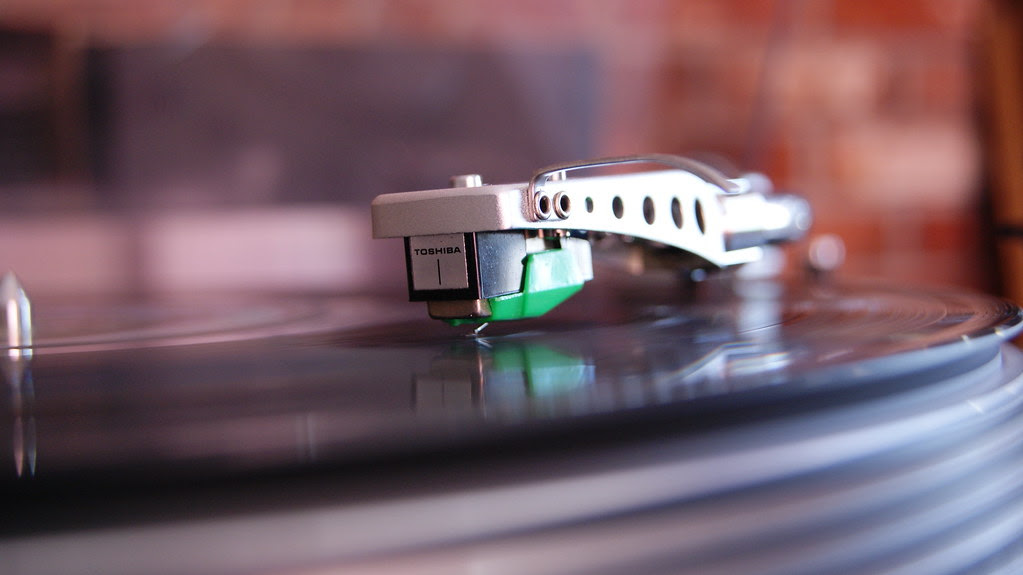 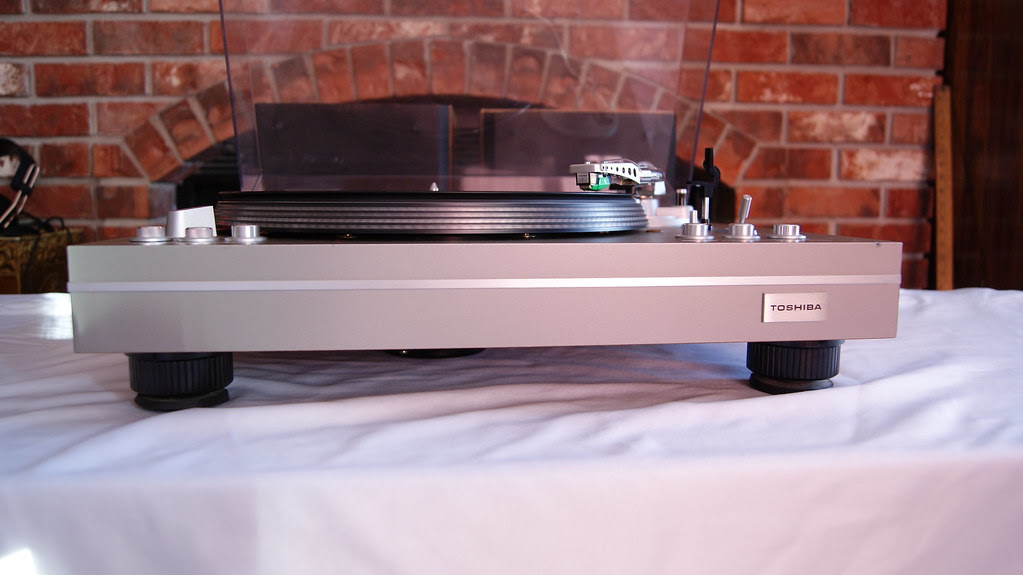 Posted by Audioless Winnipeg Group at 12:27

Here is an interesting piece of Winnipeg audio history.  These were made right here in Winnipeg for Creative Audio.  The same exact store on Osborne Street.  Creative Audio used to make their own speakers for sales, and let me tell you they did a fine job in doing so.  These are beautifully made with bull nosed or rounded edges which are solid oak, and veneer with real oak.  Not to mentioned well braced and uses quality components.

It uses high quality wires with Solen capacitors and most likely Solen crossover PCB, too much stuffing to dig through.  Good sized inductors and also these speakers are bi-wireable or better yet bi-ampable. As well, floor spikes capable.

They are 2-way tower speakers.  Featuring a SEAS tweeter and Vifa 8" woofer with rubber surrounds.  The rubber surrounds have been cleaned and reconditioned.  It also comes with grills.

They are in excellent condition!

Overall, it has a lovely midrange with an extremely punch bass.  It has good depth and detail.  Very well balanced, very typical for a well made 2-way speaker.  Treble has good extension and clarity without being too harsh.  But, overall and excellent sounding pair of speakers.  Actually, in some ways it reminds me of a pair of Dynaco A25 but with no mid-bass hump, better bass, treble and presentation.

These are a great piece of Winnipeg History! 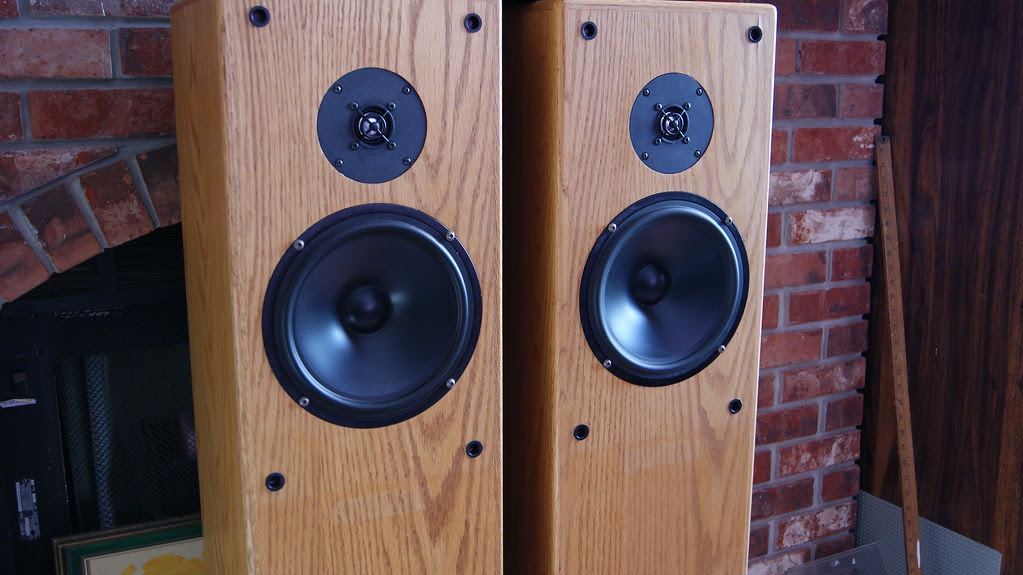 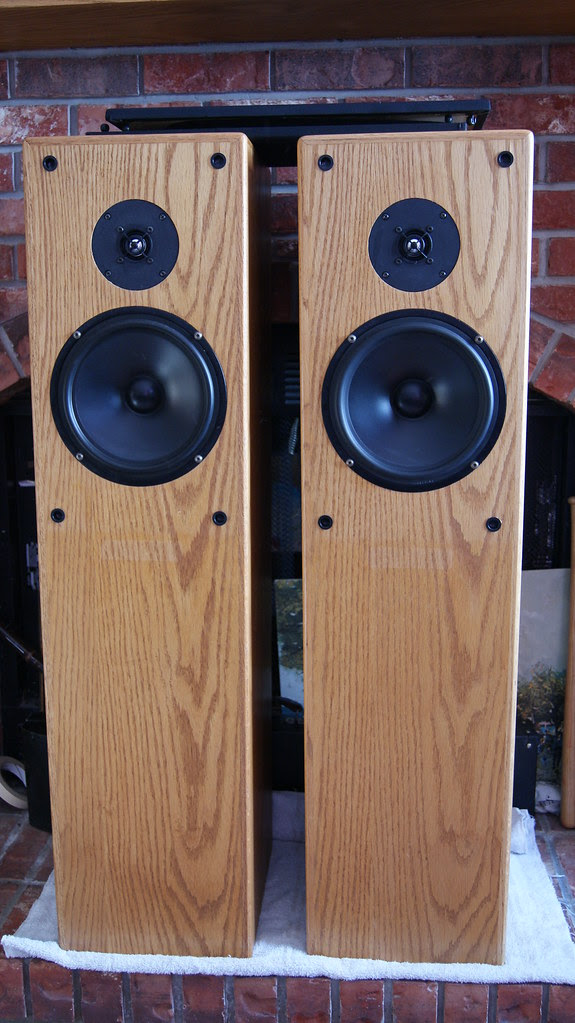 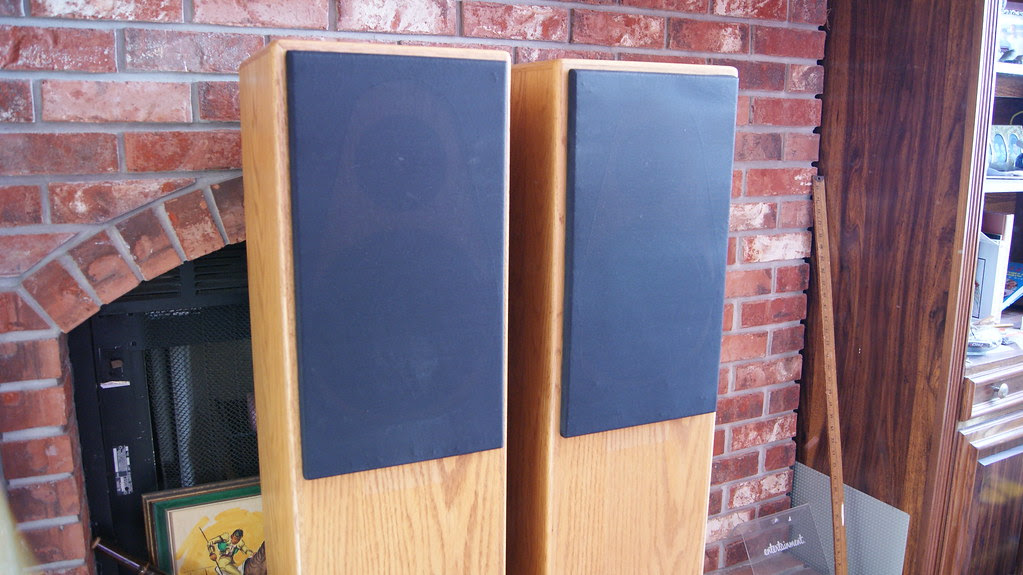 Posted by Audioless Winnipeg Group at 12:10

Yep, tower speakers or rather they have their own "built in" speaker stands.  They are essentially the tower speakers of the ever popular ADS L570 bookshelf speakers.  They are a two way featuring an 8" woofer with rubber surrounds and 0.75" soft dome (sticky) tweeter.  All wrapped in real oak veneer cabinet.  They also had a metal grill which looks awful in the picture but a lot better in person.  Maybe it's time to get a better lens to take better pictures of "black grills!"

I don't know the ADS and Braun connection but these are all Braun drivers.  Braun is a German company which still exist, for those who have Braun electric shavers.  However, these were built in the USA.

These are great drivers.  If you're not familiar with German made speakers or how they sound they're quite distinctive.  I've had heard several German speakers like Canton, Braun, Magnat, Isophon, RFT, etc. and they all have similar characteristics in their presentation, which oddly enough is sometimes called "German characteristics" that it's detailed, precise, neutral, clean and punchy.  Think of all those German Classical Composers or even German Conductors and you'll understand.  If not, think of the German army marching through the streets, haha, or something like that.

These ADS L690 is just like that, it's punchy with impressive bass, clean treble, excellent mids that it does sound bigger than it's size with clean and precise rhythm.  That's not necessarily a bad thing when it comes to speakers.  They're quite accurate for what they're are and very clean sounding.  Not to mention the added stands probably helps to control the bass due to the bigger cabinet.

They're a great sounding pair of speakers but they're some cosmetic flaws, they have the usual nicks and scratches, the grill does have some dents.  But, the most annoying issues are those sticky soft dome tweeters and how the grills on top does not cover the entire tweeter (design flaw).  Why?  Dust has gotten stuck onto them.  I've put a cover on top to prevent it even further but, the previous owner did not, so as you can see there's a bit of dust accumulation on top!  So, I think they're in relatively good shape.  I've also reconditioned the rubber surrounds. 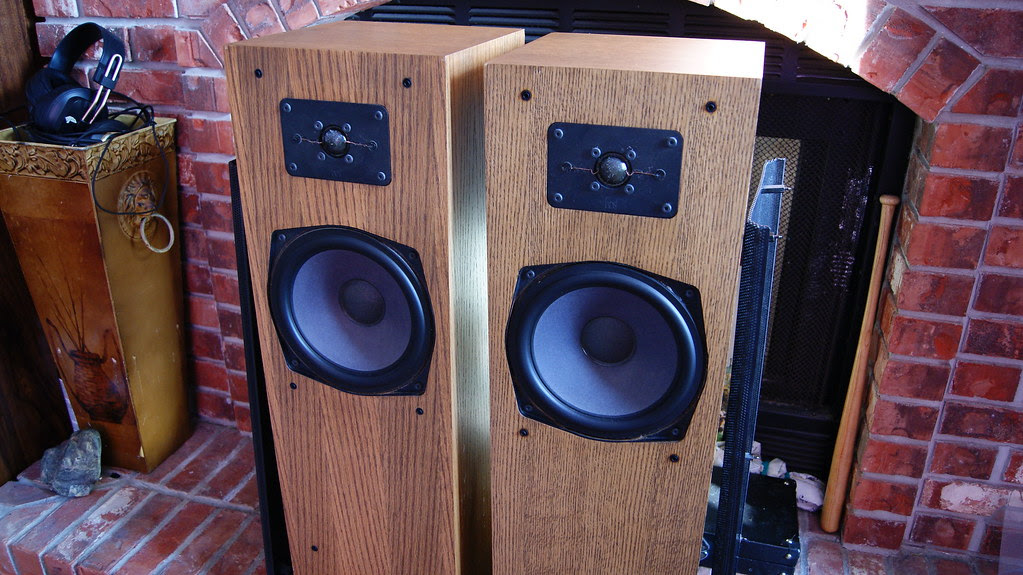 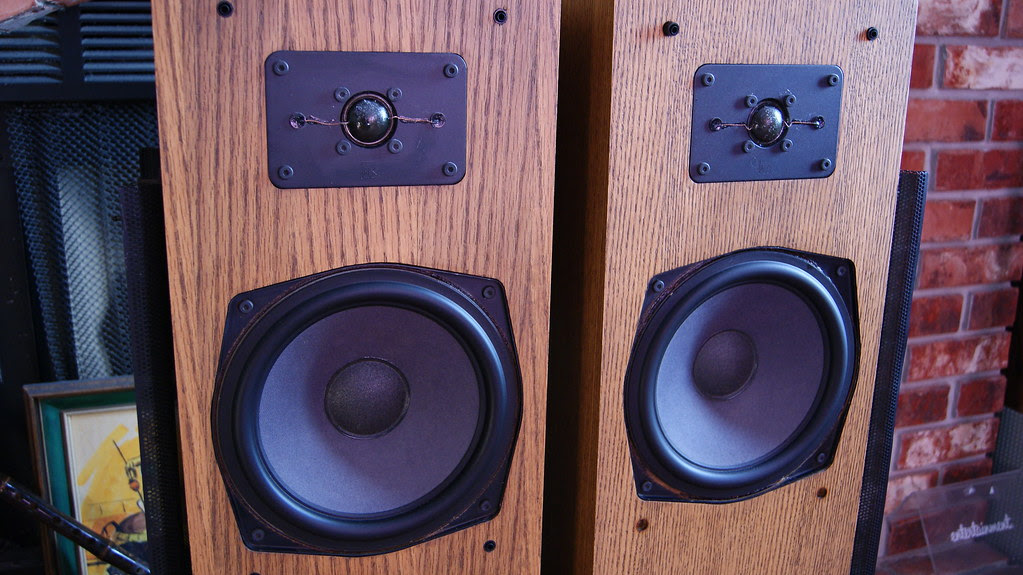 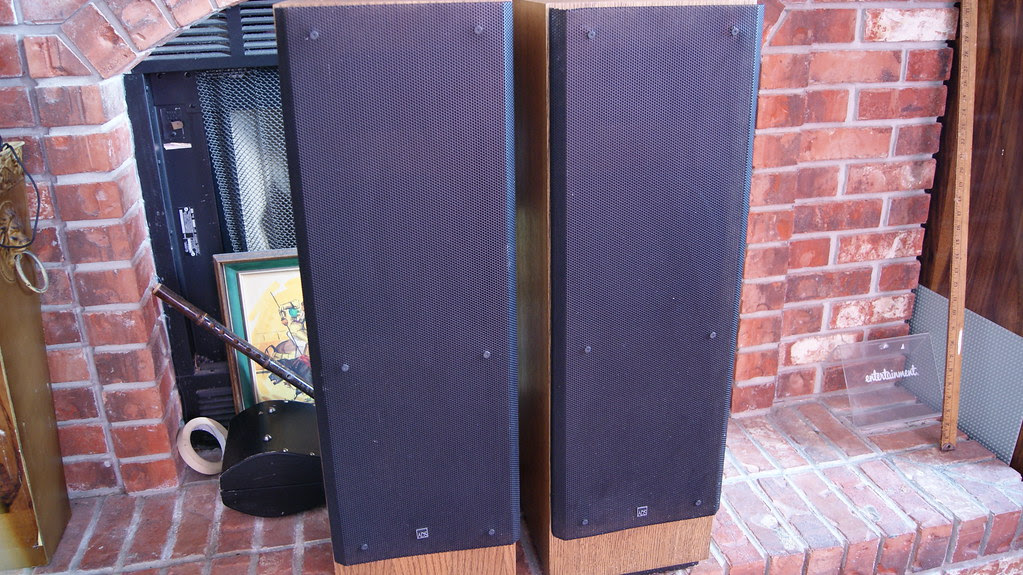 Posted by Audioless Winnipeg Group at 13:19

So, I've finally taken the time to take them apart to get more information about what drivers are in these beautiful cabinets.

Also have two attenuators for the midrange and treble.  It's a well braced cabinets with real mahogany veneer and solid mahogany trims.

It's still in great shape, with a few nicks and scratches but, on one midrange driver the metal grill has a ding.  Doesn't affect the sound but it is cosmetics.

Here are some nicer pictures.  I've also taken some pictures of the drivers. 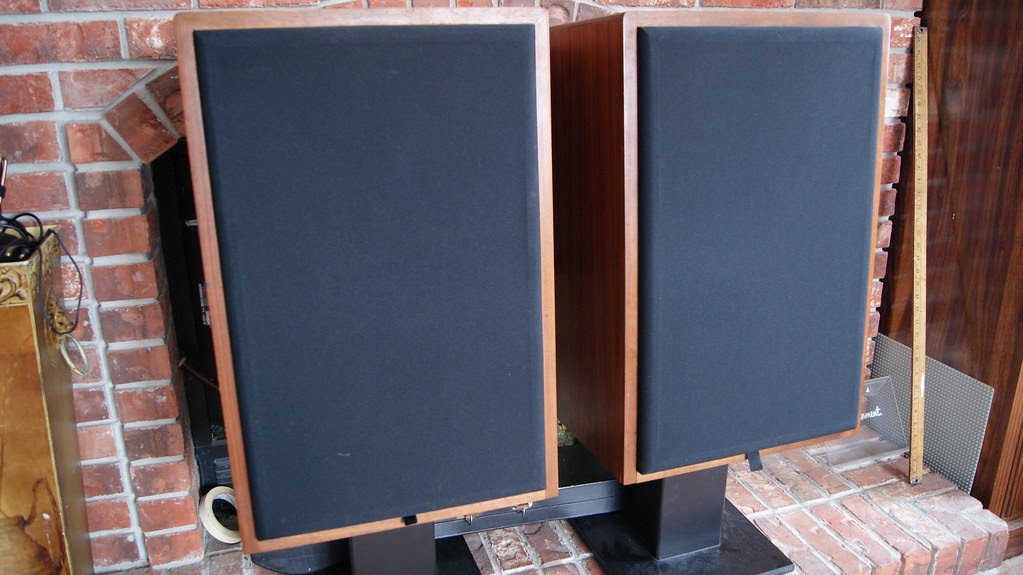 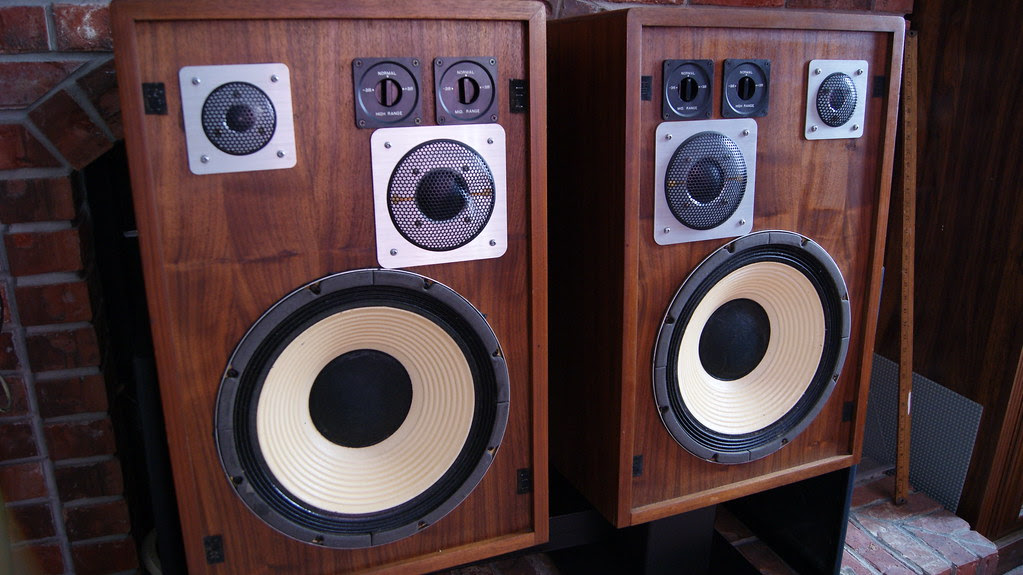 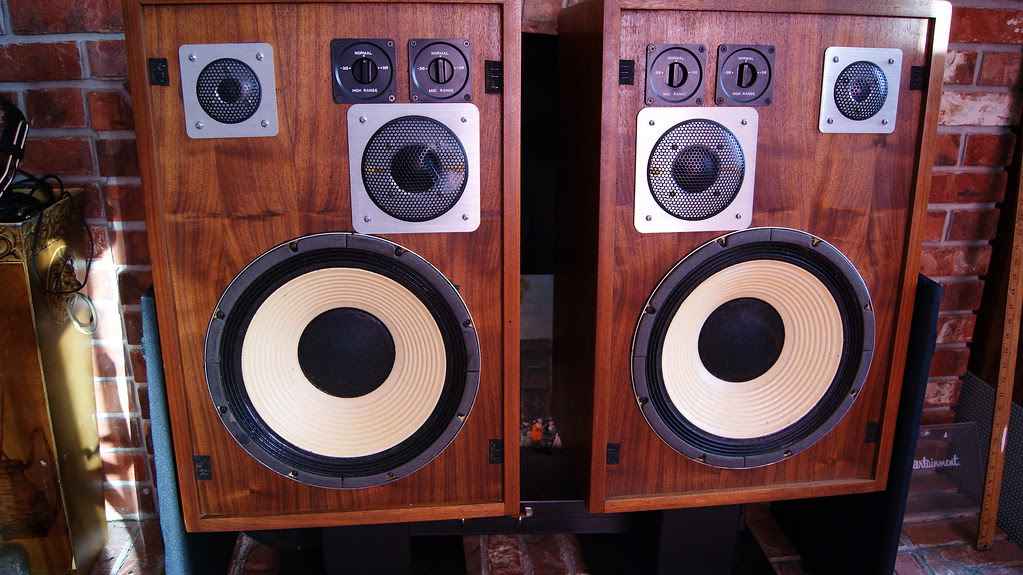 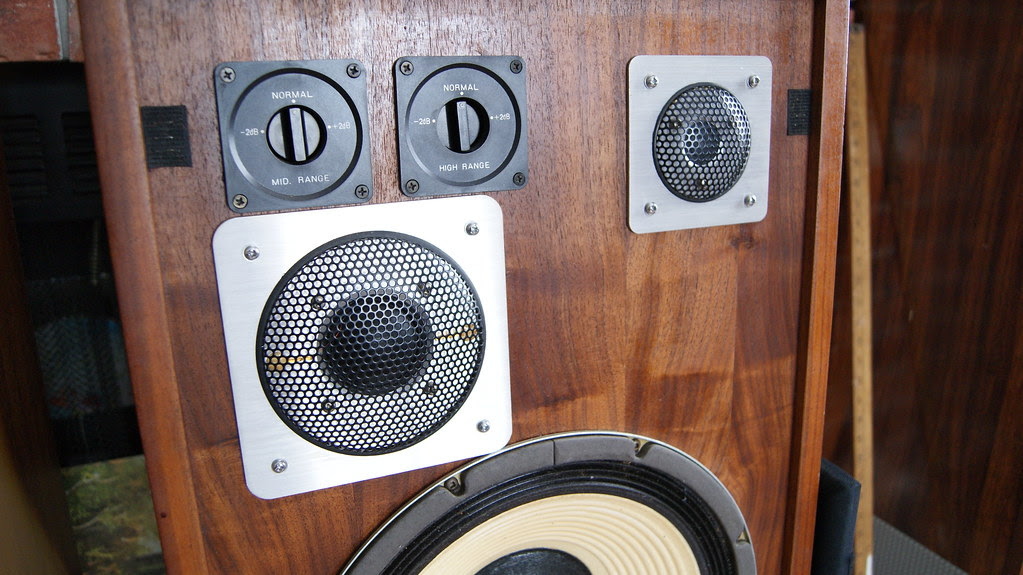 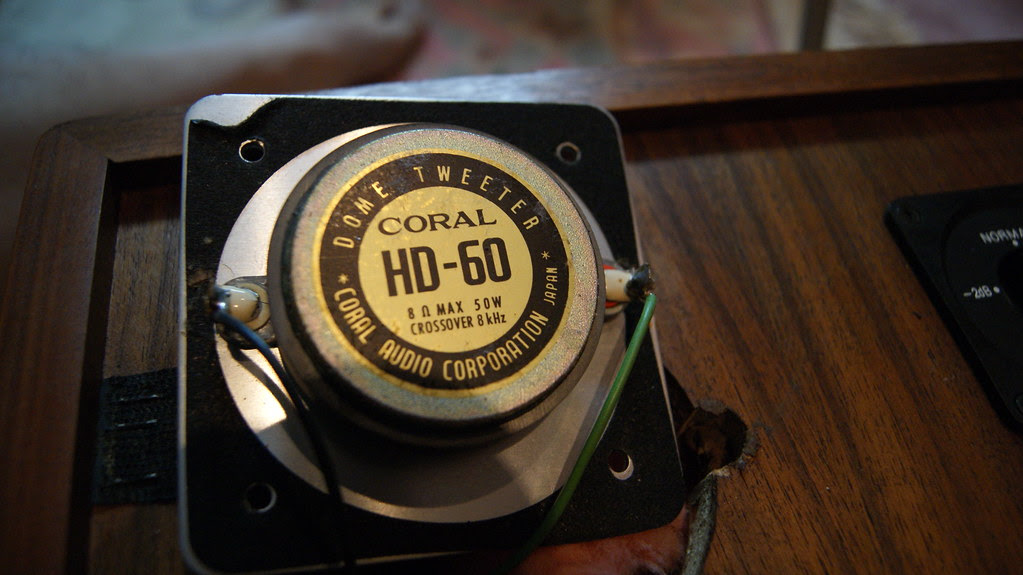 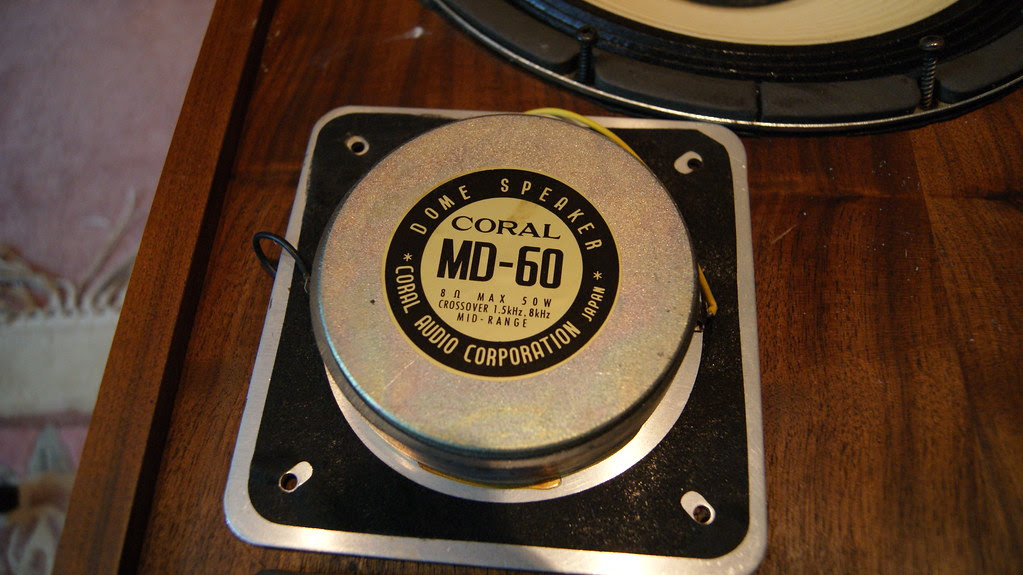 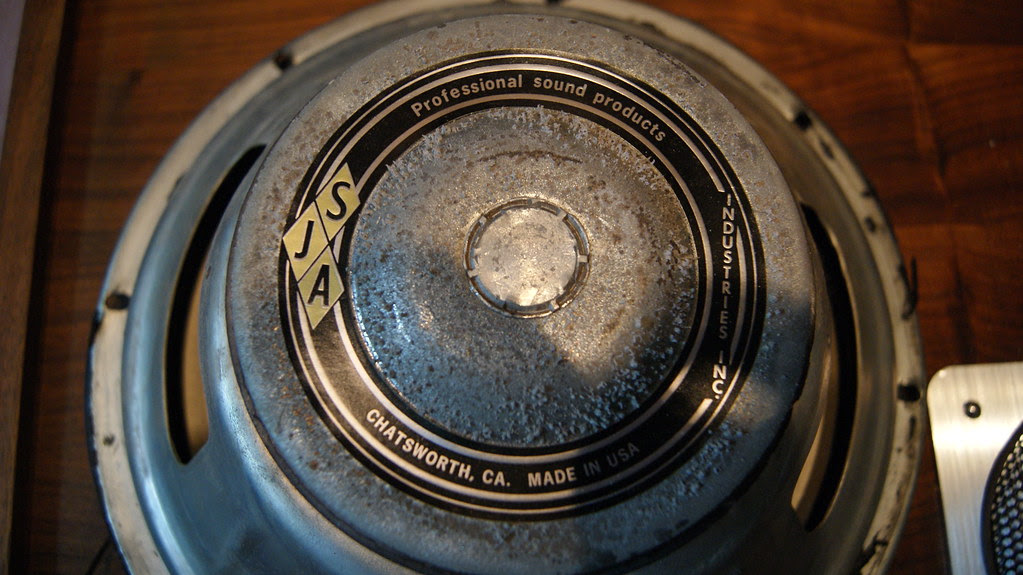 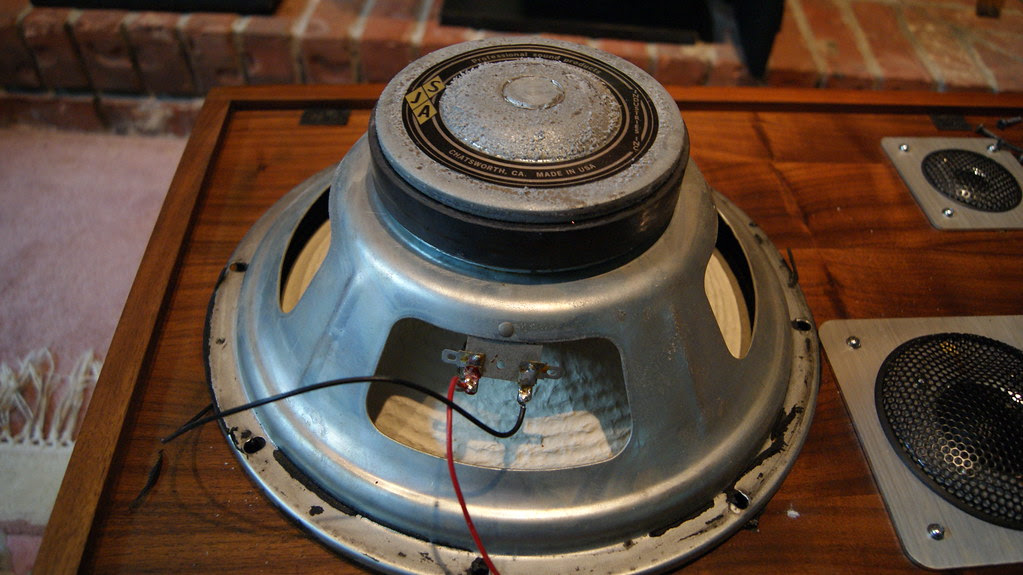 Posted by Audioless Winnipeg Group at 22:53