Finally, we're making head ways in servicing some of our project turntables, which includes a really neat looking Kenwood KP-2022a turntable and several others.  I got some belts and styli on their way and made a deal getting some NOS Pfanstiehl  styli and some cartridges and cartridge bodies.  Just need some headshells and I should be pushing through the rest throughout the week.


One member has graciously taken the task to do a light polish on the dust covers.

Some took a while to service as there was a few that needed some serious work.

We are still deciding as to what to do with some of our nicer idler wheel tables.


Posted by Audioless Winnipeg Group at 12:21

I am a tad late to write about this gem here but, better late than never!  We got this through a trade and it was something I couldn't pass up.  It's been a while since I had a nice heavy JVC direct drive turntable and I was itching to take a peak inside another.

Not a whole lot of information on the turntable other than the usual sources and typical information, specification wise.  I was more curious on performance and understanding this whole oil damped system this JVC is equipped with.

It is your standard Japanese table, it's am extremely nice direct drive motor and it is quartz locked.  It is fully automatic, 2- speed with repeat feature.  It also has all the higher end features that are usually found on more expensive direct drive tables like the adjustable VTA and of course the lovely oil damped tone arm for both vertical and horizontal movement.

How does it sound?  Quite superb.  I've had a lot of higher end direct drive tables, from Pioneer and Technics as they are more known, as well as other JVC and Denon.  One of the main reason why I like this table so much is because it's far more mechanical, easier to repair and serviced, over the more electronically controlled on, such as different JVC and Denons.  That is the same with the tone arm, many used electronically controlled damped tonearms but, they can fail due to age, while this the QL-F6 is using physical properties of oil.

This is a well built turntable and a prize to own.  I preferred this table over the Pioneer PL-600 I had as well as the Technics SL-1300mk2 and SL-1600mk2, Denon DP-47 and many others due to it's more simplistic design.  However, there is no strobe for those who like to see their platter spin.  But, there is a pitch meter so you will always know if you're in proper pitch. 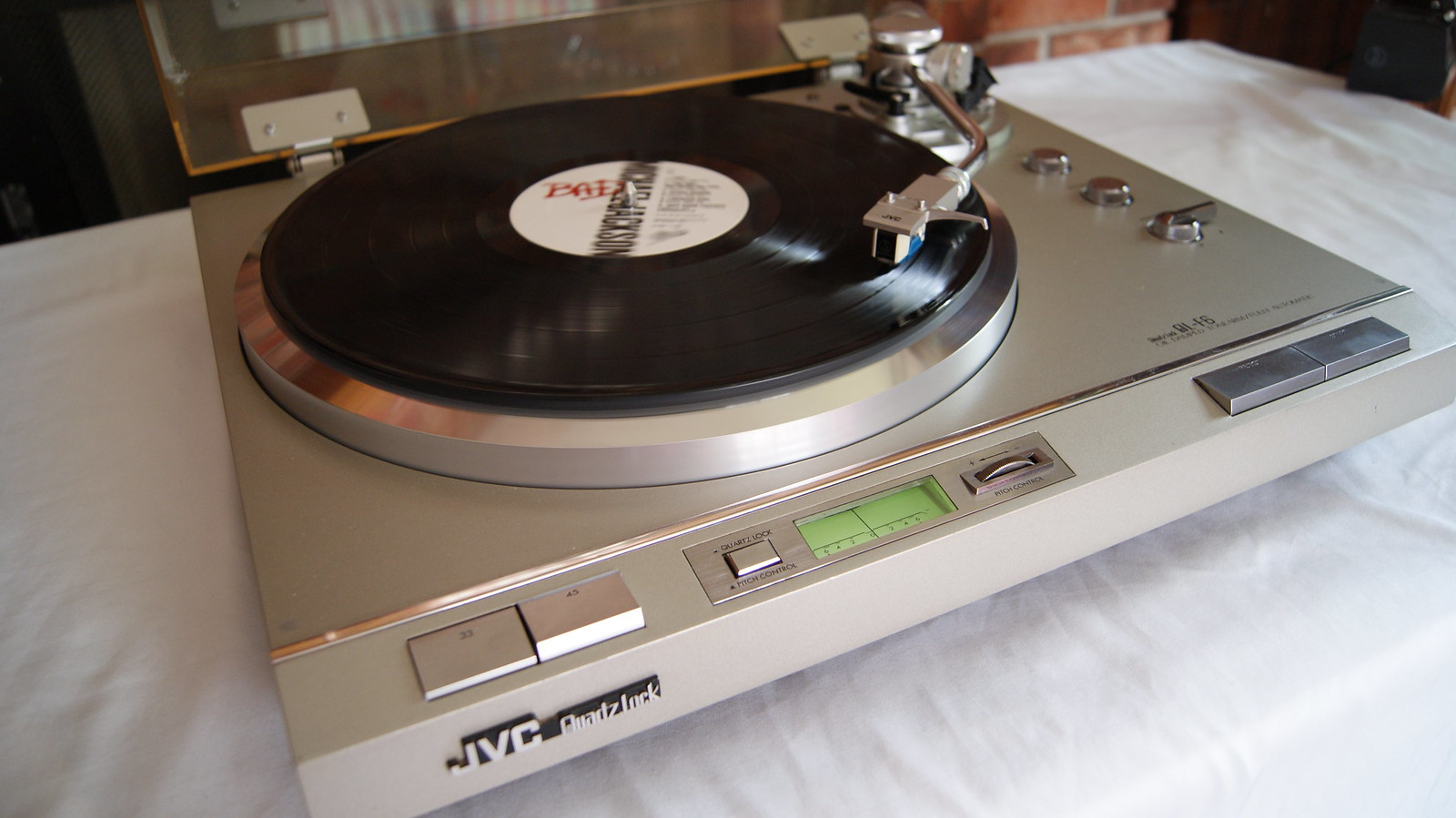 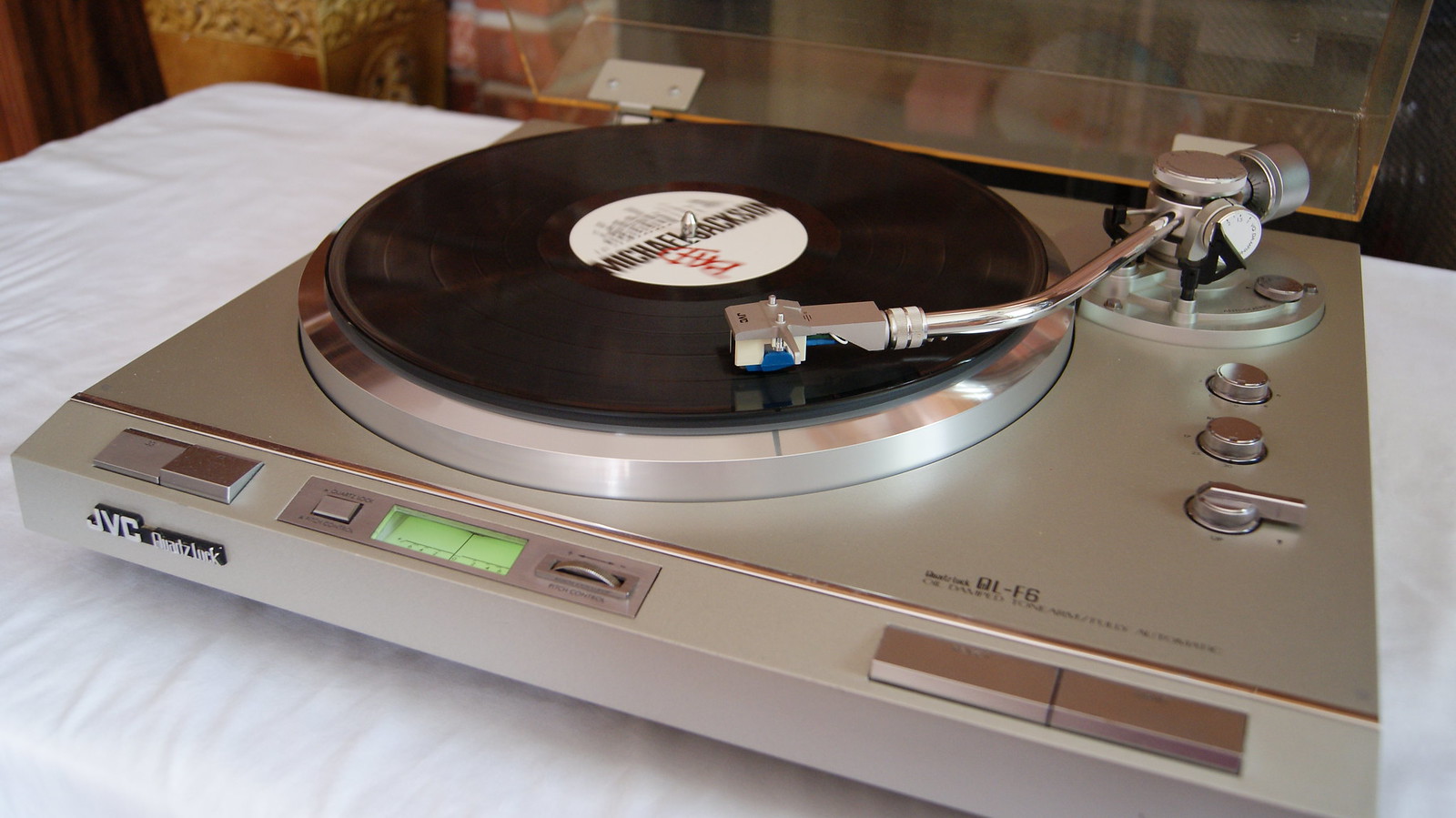 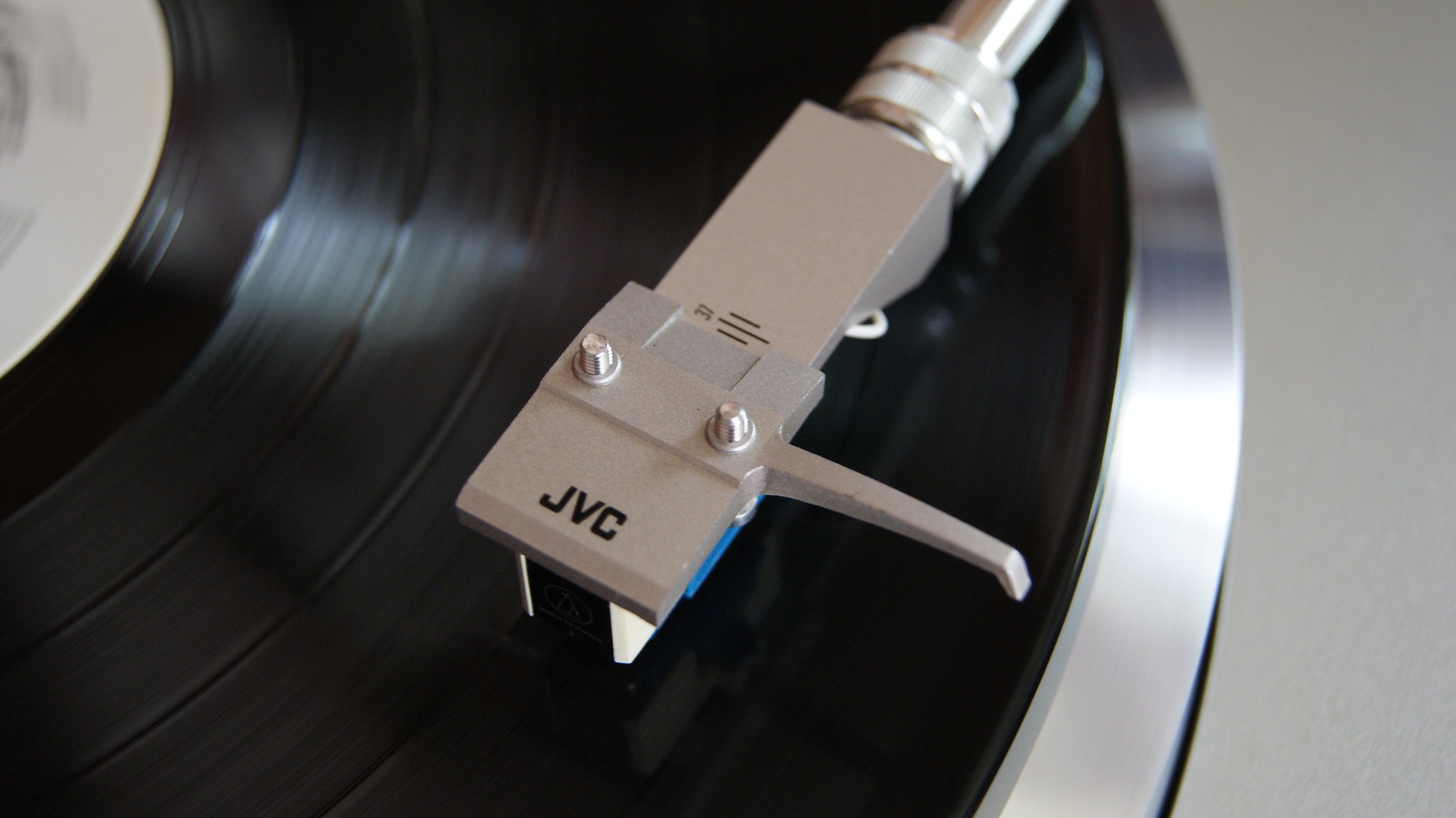 Posted by Audioless Winnipeg Group at 20:17