Fresh from the Tweakjunkie1!  This particular series from Sony is definitely one of my favourite series.  This is my second PS-X50 and the other was the PS-X60.  I guess this series was part of the turntable wars during the late 70s where manufacturers were competing with each other to see who can make the best turntable.  There is a lot of technology put into these tables.

It's is a 2-speed, direct drive quartz locked, semi-automatic turntable.  It is superb table.  I really like them.  Not to mention it's fairly clean inside, which is a huge bonus, it's due to it being a semi-automatic.

The VTA is the best feature of the unit.  Have bulky cartridge?  Not a problem to increase the height.  It also sounds really nice.

It's in great shape and comes with a Grado GF1 cartridge which is the equivalent to the current Grado Silver cartridge.  I also forgot to add on our other turntables, all of our dustcovers have been lightly polished. 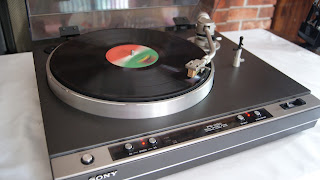 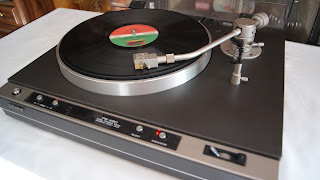 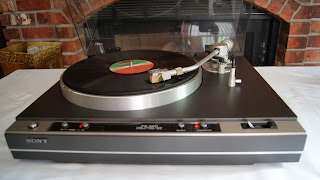 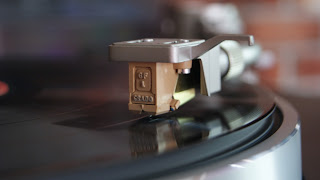 Posted by Audioless Winnipeg Group at 12:12

I was finally able to get my hands on these turntables, yep that's plural.  I have two Kenwood KD-2055 right now.  1 is ready but the other needs a few more parts.  I love these tables.  I think they're fantastic.  Well, from a performance view point they decent and excellent at their price point but, they are some of the most beautiful turntables to have from an eye-candy perspective.  The Corian-like plinth is not only pretty but function.  This is a hefty turntable and I love how it was made.  It does have some high quality points going for it.

I had one but, I think it sold before I wrote anything.  It indeed went fast.  So, let's talk about it.  Some more it has your typical hallmarks of a quality Japanese made table of the 70s.  Excellent sized motor, nice tonearm and a lot of thought went into reducing plinth resonance.  First the Corian-like plinth is function and heavy but, even the bottom plate of the plinth is made from heavy MDF.  I know some modify these tables by disabling the automatic return and then swap the arm out.

It's a 2-speed, belt drive, semi-automatic turntable and in excellent shape.  It's been fully serviced, and comes with a new belt and a brand new Shure M95ED stylus.  It's a beautiful statement piece for budding vinyl enthusiast who may want a turntable that is both functional and focal point in their system. 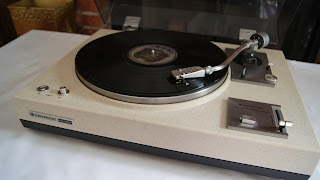 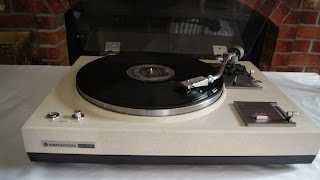 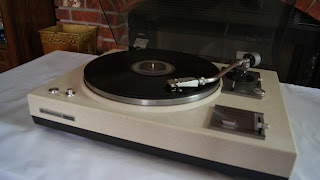 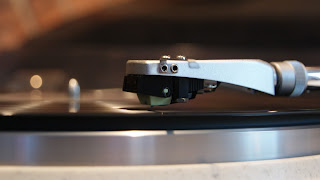 Posted by Audioless Winnipeg Group at 11:52

We got 2 of these right now, we're just waiting on a new stylus for the other one.  I might post another write up on it on the blog but, would it be redundant to have multiple post on the Sansui SR-222 with the only different being the photos?  I would like to think no but, some might view it redundant.  Oh well, this is my blog!

The Sansui SR-222 is a very simplistic, yet fine machine.  It has the typical hall marks of your quality turntables of the late 70s.  Good sized motor, decent platter weight and an excellent tonearm.  This is the first generation of the SR-222.  It is a 2-speed, pure manual belt drive table.  What does that mean?  Easy to service and fix.

Other neat features include the smoked dustcover, metal hinges and RCA outs for those who want to put higher quality cables on the rear.

As usual, we've gone through this table and put a new belt, headshell and retrofitted it with a Shure Me95ED with a brand new stylus! 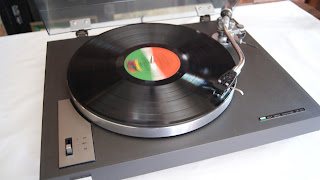 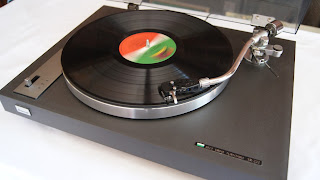 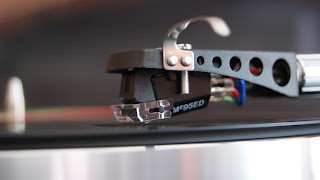 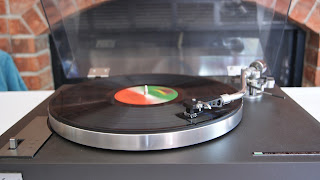 Posted by Audioless Winnipeg Group at 11:36

Ah, one of my favourite power source.  Most of the guys know that I like Hitachi gear, especially their amplifiers.  The HA-1100 integrated amplifier is one of my favourite amps as it's dynamic and clean.  Not to mention, it is well built.  The HA-5700 is no different, except in it's sound signature.  The HA-5700 integrated amplifier uses MOSFET as their output.  And, how does it sound?  It sounds smooth, full but not muddy.  It has such a musical midrange that vocals sound superb.  It has almost a tube vibe.  I like MOSFET amplifiers and my main power amplifier is a MOSFET amp because they sound so good.

Let's talk about some specifications.  Let's start with the interior, it has dual transformers.  As well, it has extra gain in the phono section for MC (Moving Coil) cartridges.  Alright, moving to the exterior.  It has all the goodies most people like, it has a subsonic filter, tone defeat and loudness.  It was built during the early 1980s so, it does have  VU (volume unit) meter but, it's not your typical analog-needle looking meter but, a row of LED but, it's pretty neat in this pretty slim line amplifier.  As well, it's rated at 50wpc.

It was professionally serviced by our friend, the Tweakjunkie1, and it's in excellent shape.  If you haven't heard MOSFET before, you should at least give it a go.  I tend to prefer the "lush" sound of the MOSFET over the early solid state gear from the other Japanese manufacturers from the early 70s, as the MOSFET is far less muddy.

Let's talk about the tuner.  Truth be told, I don't know much about tuners.  However, the FT-5000 is a digitial tuner with quartz lock.  I have to admit, it does sound a lot better than many analog tuners.  It's very clean sounding.  And, having memory function is very useful to have.   Remind me of your typical HK tuners of the 80s. 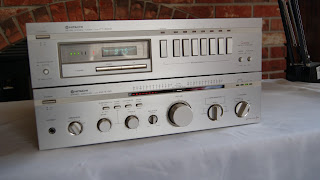 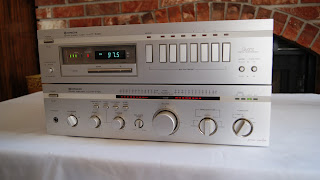 Posted by Audioless Winnipeg Group at 11:20

Time to dust off those cassette decks!

Stumbled across this article when I was cruising the web:

Apparently, cassettes are making a comeback!
Posted by Audioless Winnipeg Group at 09:17